The Process is found at the intersection of our physical, personal, and relational energy -

because it is always about far more...

GET TO KNOW DR ADAM FUJITA

Adam Fujita is a Doctor of Physical Therapy, teacher, author, and ultra-marathon competitor.

He has been a licensed physical therapist since 2009. Adam has served as a university adjunct instructor at multiple universities and colleges since 2005 through today. He has been competing in ultra-marathons since 2009, including: The Lumberjack 100, The North Country Trail 50, and the Au Sable River Canoe Marathon 120. In 2020, he published his first book, Learning to Unlearn.

For more than a decade, Adam has been investing into his passions for learning, teaching, and racing; all serving as the foundation of his business.

Adam believes we are integrated beings, finding our joy amongst the connection between our essence within, our world we live in, and our relational energies around us.

The mission of The Process is to explore concepts and observations of the human condition so that others may reconnect to their true essence and be a gift to themselves and the people around them. ​

I love to teach.
I love to learn.

The Process came out of my passion to learn and share that which energizes me.
The roots of The Process grew in the orthopedic physical therapy world.
Over 10 years of practicing a highly detail-oriented, down to the minutiae of human movement style of treatment,
Deep dives into The Postural Restoration Institute, The Gray Institute, Vladimir Janda, Nordic Manual Therapy, The McKenzie Method, etc. 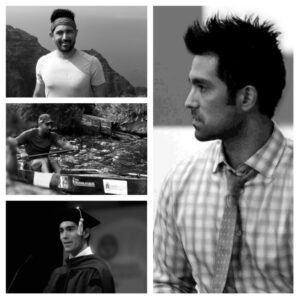 But why was I waiting for them to get injured before I would help?

I was using the same treatment principles to keep myself healthy enough to compete in marathons and ultra-marathons year after year.
I wanted to afford the same opportunity for those that are interested in the same quality of health as I am.

And thus began The Process – a business built on a level of healthcare that has kept me competing in marathons and ultra-marathons year after year!

Physical Therapy before pain and injury.

“Here is Edward Bear, coming downstairs now, bump, bump, bump, on the back of his head, behind Christopher Robin. It is, as far as he knows, the only way of coming downstairs, but sometimes he feels that there really is another way, if only he could stop bumping for a moment and think of it.”
-AA Milne, Winnie the Pooh

In the entirety of life’s aspects…

During my time practicing in the conventional physical therapy setting,  I experienced the disconnection so many of us do.  That disconnect between our work, craft, and skillset to that sense of value, worth, and gifting to something greater than us.

I found myself on the proverbial corporate ladder, climbing to achieve some etherial level of success to win the career validation game. I was confusing the need to prove my value with my productivity with my actual worth and identity.
And it was burning me out.

This is where my learning passion comes in. I did a dive – a deep dive – into books upon books, resource upon resource exploring observations and perspectives regarding the human condition; how culture, technology, and conventional norms are feeding the dis-integration of who we have become, and who we actually are.
A process of unlearning and relearning emerged. And the fallout was tremendous. Re-connection to that sense of who I am, my place in the world, and my gift and work to share!

Here is where my passion for teaching shines.  I started sharing these transformative insights and freedoms I learned and experienced through this process, with patients, business owners, managers… Thus sparking their process and re-connection as well!  I brought it into the management role I had – first informally – nuggets of insight here and there. And then through a more formal structure of organizational development. Moral, safety, a sense of belonging, purpose, and identity emerged with those I was consulting. And their business metrics – their bottom-lines – also reaped reward!  And thus began The Process: Consulting – A guide through this search for re-connection; taking individuals, teams, or companies through this process, reconnecting to themselves, each other, and that which they have been searching for the whole time.

“If you love what you do, you’ll never work a day in your life.”
-Unknown

And soon enough, I published my first book, “ Learning to Unlearn.” This book walks through this process, giving more detail and insight.
‘Learning to Unlearn’ takes readers through the observations of:
The ego, loyal solider, and persona via connections through the enneagram.
How a religious narrative can be co-opted to produce a people who feel less than, excluded, and needing to produce in order to be validated, accepted, and fulfilled.
The false narrative of the success ladder, and its connection to how we are taught to exploit and mis-use or gifts as a means to prove our identity and earn our belonging.
How we have reduced the greater truths of life to tangible concepts and winnable games and prizes.
The expansive human consciousness – through explorations of spiral dynamics.
How technology and media shape our thought processes, expectations, habits, and desires.
The constraints of conventional constructs –
Intertwining with the narrative of a Doctor of Physical Therapy and Ultra-Marathon Competitor’s climbing, struggles, successes, and failure within all of the aforementioned –
Written through a combination of prose and poetry,
Readers are invited to see beyond the disruption and disconnect
To rediscover the truer nature of who they are and
To reconnect to the joyful, integrated beings they have been the whole time.

“Reconstructing that which you carry,  use, and see - a process that may help you realign  or see something anew –
May help you put to rest  some things that no longer are of good use,  and are actually weighing you down.”
-Adam Fujita. page 199. Learning to Unlearn