Tri-Planar Motion, Glut Max, and the Fallacy of Forward Running 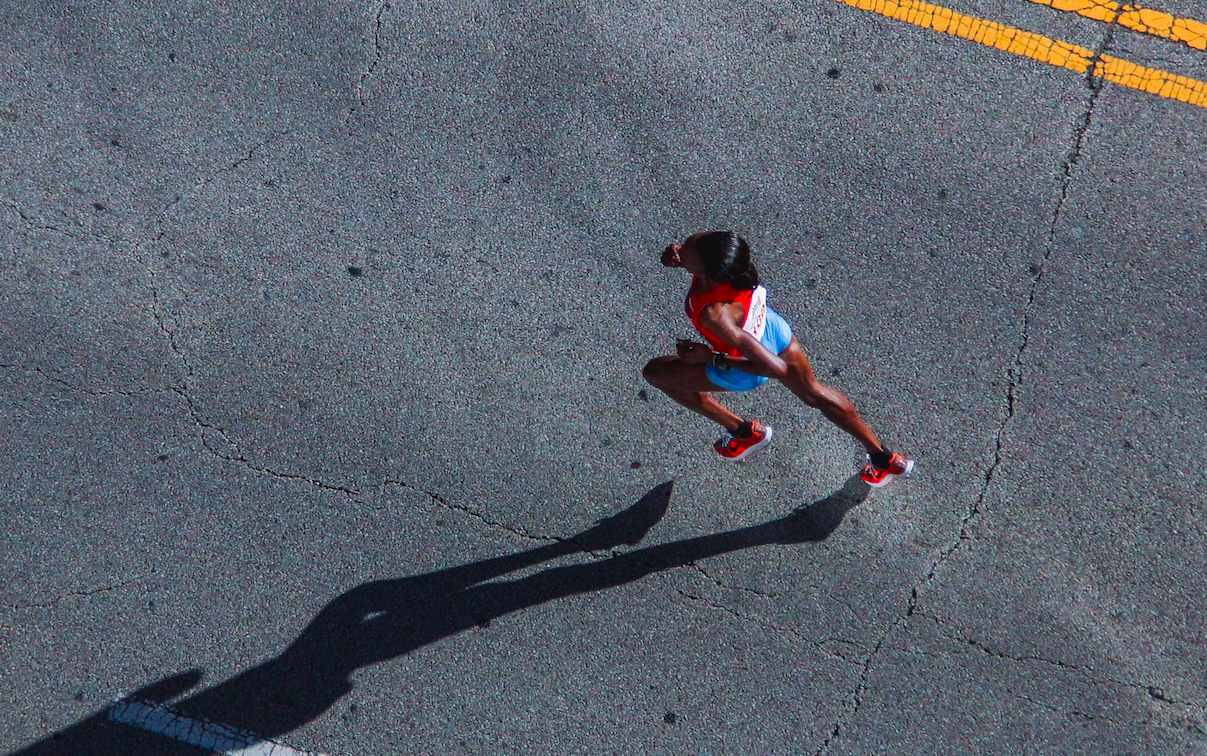 Tri-Planar Motion, Glut Max, and the Fallacy of Forward Running

Have you heard that your glut max is the powerhouse hip extensor that straightens your hip and helps you run forward?

And then you looked at the actual glut max and see that its muscle fibers run more in the rotational plane than straight (forward, sagittal) plane?

And if it were a strong player, it would have much more of a mechanics advantage, longer lever arm?

In a way, using your glut max as your main hip extensor would be like placing the doorknob 6-12 inches from the hinges instead on the other side of the door where it is normally placed.

If it isn’t the glut max, where does our power come from?

The model where our hip extension – the straightening of our hips, in a squat, step, or running stride – is how we create power works well if our hips were simple joints/hinges – directly lined up in the sagittal plane – forwards and backwards. It is, though, a good starting place.

That model would work best if we were creatures with one leg and had to hop straight forward.

But that is not how our bodies work.

Our motion is far more complex than that.

Our joints are far more complex than that.

Our joints are tri-planar – granting movement in all three planes of motion – forward and backward, side to side – laterally, and twisting/rotation.

So, when we move in one direction, we end up moving in the other two. Specific to forward motion/running, we need to move laterally and rotationally to load muscle of our hip and leg, to the explode and propel us forward.

As we step forward, we need to shift our weight to one side.

That shift laterally and rotationally loads the muscle of both our hip and torso, building up that potential energy/tension to then unwind/release as the other leg swings forward.

That swing leg eventually becomes our new stance leg, and thus we shift laterally and rotate over onto that leg, loading muscle of that hip and our torso to then repeat.

Though our glut max isn’t linked to hip extension like we thought, it is still fundamental for our power.

Our glut max, along with our hip rotators, are the power transfer cases of our bodies. They transfer the rotational power stored and released from the winding and unwinding and rewinding of our trunks. They allow for that power to be transferred to our legs, allow us to stabilize on our plant leg and drive the swing leg forward.

In converse, our glut max, and hip rotators, also transfer the rotational power stored and released by our legs, via the loading of our stance leg muscles – transferring the ground reaction forces from our foot through our hip into our trunks to then release into our forward swing leg.

Three things we are learning here:

Our glut max isn’t our hip extension power. It is part of our power transfer case we call a hip.

The dance, between our torso rotation, stance/plant leg, and advance/swing leg is where our power is found. The coordination. muscle timing. Neuromuscular coordination.

Our power, our movement, is far more than how strong our muscle is. That is why the strongest, biggest muscles don’t equate to the fastest people or the longest endurance athletes.

Yes, muscle power has a lot to do with it.

But the choreography, the timing, is where our power comes from. Our efficiency in our mechanics unlocks our speed, our endurance, our resiliency against adversity and injury.

That is why high school runner Matthew Boling is killing it. Yes, he has muscle. But he isn’t the strongest. The coordination between his torso, stance leg, and swing leg are dialed in.

That is why I myself am stronger than some runners. But those same runners continue to run faster than I.

Yes, there is more to our running form than just our trunk and legs – and timing. There is our posture, joint angles, muscle activity, etc.

And that is just the tip of the iceberg.

But starting with the glut max story was as good as anywhere to start.

If it isn’t our glut max, where does our hip extension power come from?

Though some hamstrings and calf activity do help, they aren’t your primary hip extension power (They help far more with rotation control of the knee in stance and knee drive in swing limb advancement – but that is for another time).

In preparation for a squat, as you rotate/grip the floor with your feet, turn knees to neutral/outwards, organize your pelvis and sternum a la Kelly Starrett, you end up engaging hip adductors to control and drive your hip extension.

Your hip adductors (along with medial hamstrings) also serve as an anchor for your pelvis as synergists to your internal obliques for trunk and rib position and stability, as well as setting the table for solid diaphragm length, tension, and function – the power of the whiskey barrel – but that is a story for another time.

And that story, holds far more than our glut max.
That story is actually the story –